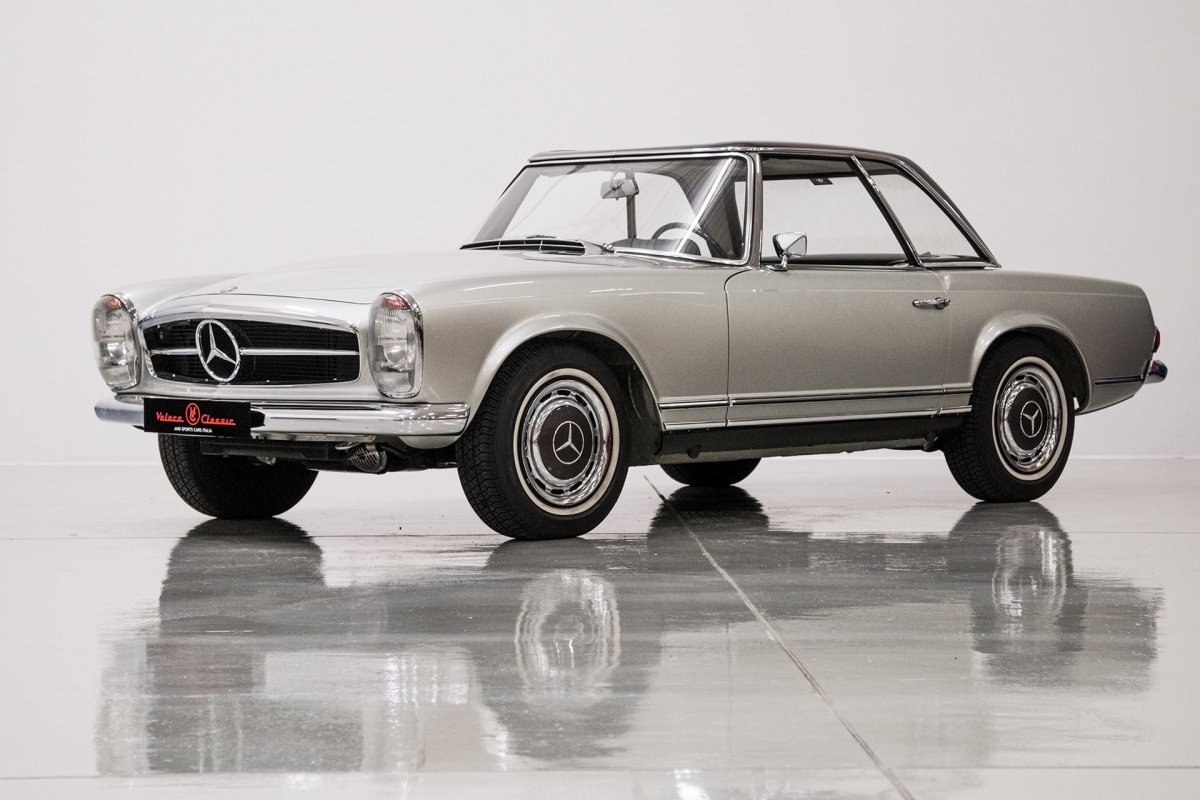 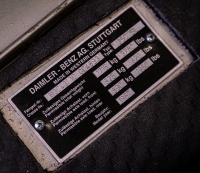 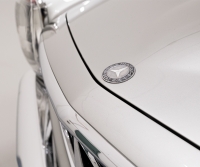 HISTORY:
Mercedes-Benz had a tough act to follow after phasing out its popular 190 SL in 1963.
A new model, designated W113, appeared as the 230 SL in 1964, evolving into the larger-engined 250 SL and 280 SL.
This classic Paul Bracq-penned two-seat luxury touring convertible offered a more modern and angular look, often accentuated with a tall, airy ‘Pagoda’ hardtop.
The 250 SL was both expensive and rare, with only 5,196 sold between 1966 and 1968, making it the rarest of the ‘Pagoda’ Mercedes.
Mercedes-Benz was justifiably proud of this modern new car, declaring in period advertising that its road manners were superior to that of the 300 SL.
‘The 250 SL stands a mere 4 ft., 4 in. high, yet overall width is almost six feet. Its track is so wide-stanced that those chubby 14-in. radial-ply tires seem to bulge out from the body sides to straddle the pavement.’
The ad went on to declare that ‘the 250 SL is only stretched to its peak when its speedometer needle nudged 124 mph.’
The new 2.5-litre engine for the 250 SL featured seven main bearings, which while having no real impact upon overall horsepower, led to an extra 15 foot-pounds of torque, making the engine more flexible.
The improvement in performance was aided further by the addition of rear disc brakes.
To maintain Mercedes-Benz’s bulletproof build quality, a larger capacity cooling system and an as-standard oil-water heat exchanger featured.

OUR CAR:
This 250 SL was originally delivered to Italy in 1967 and stayed in a long term ownership with a Doctor in Rome.
After his passing in the late 90’s the car was sold to a German businessman who drove the car on his weekends.
After that the car was purchased by Rossier Classic who performed a nut and bolt restoration to this fine example.
This 250 SL was also specified with the now hugely desirable and rare five-speed ZF gearbox.
Only 882 Pagodas were fitted with ZF gearboxes in period, with around 100 of these being 250 SLs, making this example one of the rarest and most desirable in existence.
Please note that this car is German Registered.

Interested about our Mercedes-Benz 250SL Pagoda? use the form below and we will get in touch