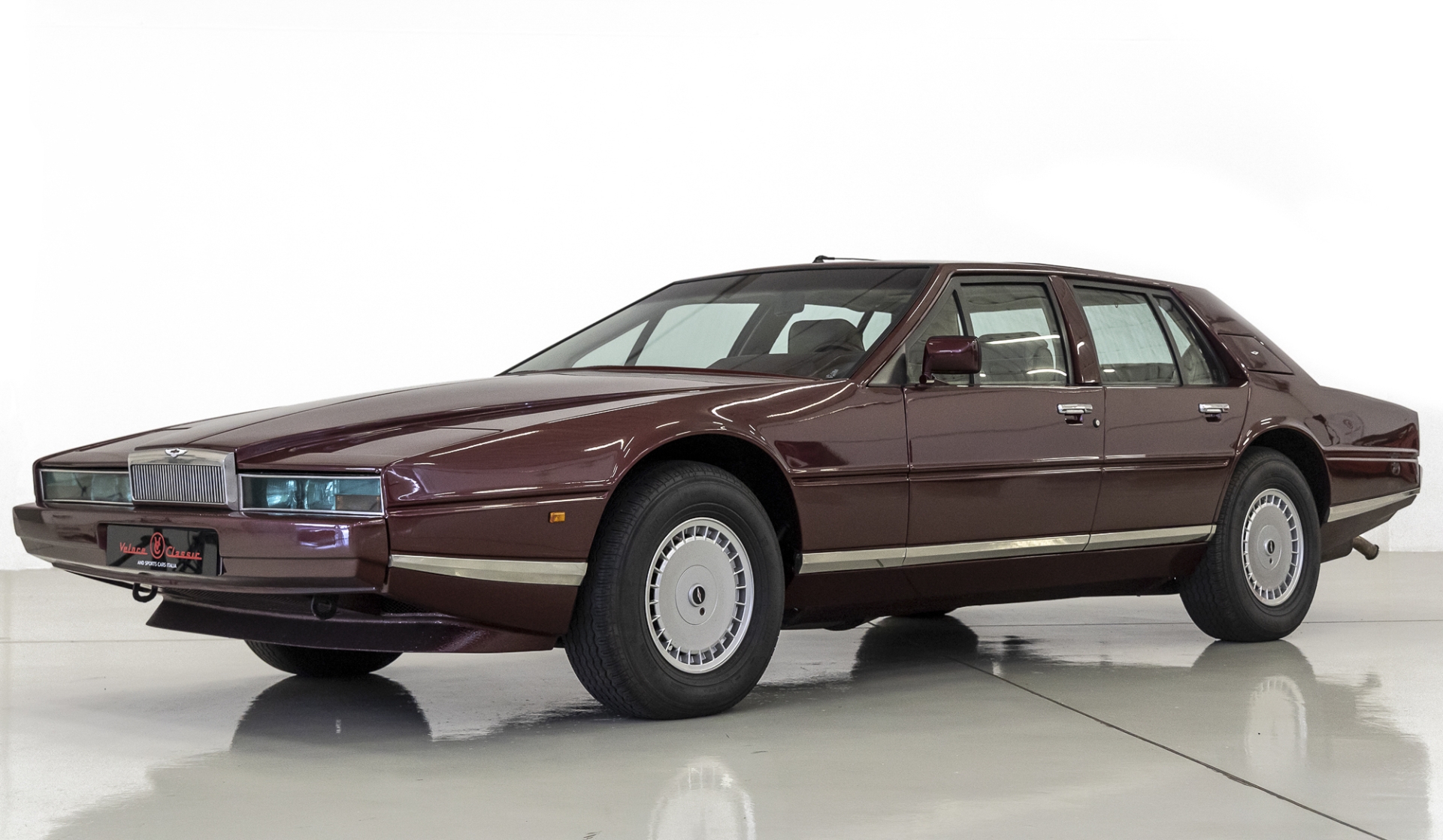 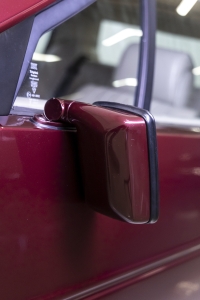 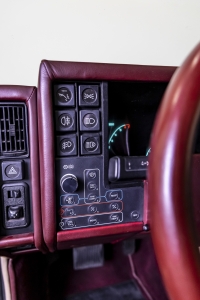 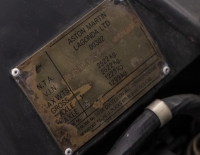 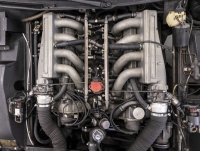 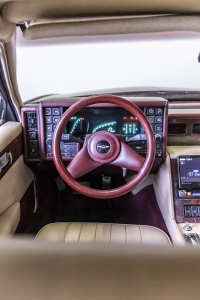 HISTORY:
Aston Martin's periodic revival of the Lagonda name saw it applied to a stretched, four-door AM V8 in the mid-1970s, a mere handful of these 'Series 1' cars being constructed.
When the concept re-emerged as an entirely new product type, it was the sensation of the 1976 London Motor Show.
Clothed in striking 'razor edge' bodywork designed by William Towns - the man responsible for the DBS - the new Lagonda saloon, designated 'Series 2' and popularly know as the 'Wedge', used the same long-wheelbase V8 chassis as its immediate predecessor while breaking new ground in terms of its digital LCD instrumentation and touch-button switch gear.
However, problems with this advanced concept would delay production until April 1978, by which time a simplified arrangement had been adopted.
The interior though, was every bit as luxurious as the exterior was futuristic, featuring selected Connolly hides, Wilton carpeting and walnut veneer, all hand-finished by skilled craftsmen in the best Aston Martin tradition.
Needless to say this was one of the most radical designs of the era along with the iconic Lamborghini Countach the car had an amazing appeal to celebrities of the time who needed a different sports sedan.
In the Lagonda, Aston's well-proven 5.3-litre V8 employed a quartet of twin-choke Weber 42DCNF carburettors and produced a maximum of 280bhp at 5,000rpm with 320lb/ft of torque available lower down the range.
A Chrysler Torqueflite automatic gearbox was the standard transmission. More than 17' long, 6' wide and weighing two tons, the Lagonda was an imposing sight from any angle yet despite its bulk proved capable of racing to 60mph in 7.9 seconds on its way to a top speed of 145mph.
Production got into its stride towards the end of 1978, with one car per week being completed at the Newport Pagnell factory. In 1987, the Lagonda was face-lifted as the Series 4, acquiring a slightly softer, less hard-edged look and continued in production until May 1990, by which time a total of 638 had been built.
Even today, over 40 years after its sensational debut, there are few cars that can match the visual presence of the Aston Martin Lagonda.
Only 615 examples where made with 75 series 3 cars between 1986-1987

Our car is a series 3 car which was delivered new in 1987 but records show the car registered in 1990.
Finished in Burgundy red but and combined with a beautiful half burgundy and half beige interior this Lagonda has been U.K. registered but lived most of its life in France (there is also a French registration for the car).
According to the MoT history the car has approximately 83.000km. In 2019 the car was subject to a big major service by Aston Martin in London.
All electrics work as they should which is rare for a Lagonda and there is no sign of any body corrosion.
The car is believed to have been with only 2 or 3 owners throughout its life with its last owner since 2009 who was a big Aston Martin collector.
One of only 75 series 3 cars made between 1986 and 1987 and a very rare LHD example this is possibly one of the rarest Aston Martin Lagonda’s in the market today.

Interested about our Aston Martin Lagonda? use the form below and we will get in touch