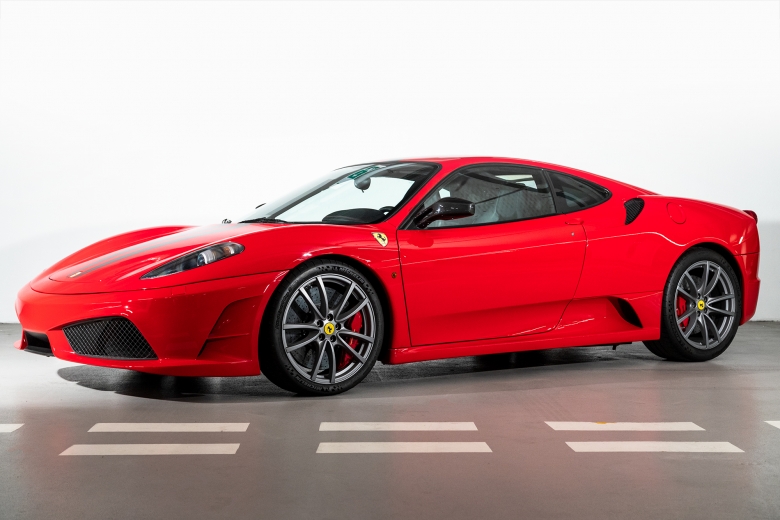 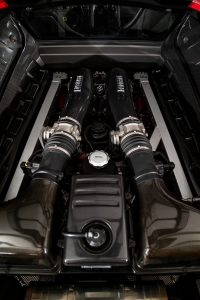 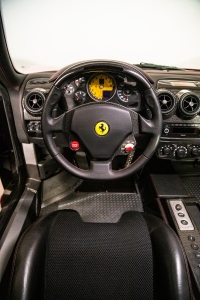 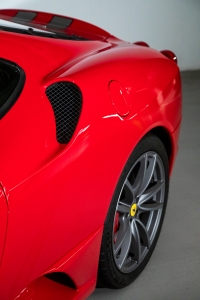 Purchased by us for a Bonhams auction in May 2015 this is the description used on the catalogue.

The 430 Scuderia was produced in limited numbers but the example offered here is even more exclusive as it has been signed by Michael Schumacher. The seven-time Formula 1 World Champion had retired at the end of 2006 but had been retained by Ferrari as an advisor and was actively involved in the model's development. We are advised that the Ferrari factory has confirmed to Ferrari Denmark that Michael Schumacher was personally involved in this actual car, since Ferrari did not have the license to use his signature, something they had for Alonso, Massa, Raikkonen, etc. The signature plate says 'Amicalement Michael Schumacher'.

Indeed, the Scuderia was first owned by a Frenchman for around 3½ years. Then Ferrari Denmark bought the car and resold it to a Ferrari collector in Denmark, who thought the Scuderia too high-spirited and traded it back to Ferrari Denmark, from whom it was purchased by the current vendor. The Danish collector told the current vendor that the original French owner was a friend of Schumacher, and that the car was a gift from Schumacher to his friend.

Regardless of the Schumacher signature, this 430 Scuderia with its Rosso Corsa paintwork, hand-applied stripes and full black leather interior with red stitching, is to a very rare specification. The full leather interior in particular is most unusual on 430 Scuderias. Other noteworthy features incorporated by the factory include all the carbon fibre options: engine cover (very rare), rear diffuser, steering wheel, front spoiler and headlights; 4-point safety harnesses; Bluetooth radio/CD; iPod; red brake calipers; and yellow instrument panel. The cost of these options alone was €62,900.

Presented in generally excellent condition, having covered only 33,767 kilometres, the car comes with a warranty (Ferrari New Power) until May 2016, though this may be extended until it is 12 years old, which means May 2021. All servicing work has been done at an official Ferrari dealer and the Scuderia also comes with its service book and user guide.

Since the auction the car was kept as part of our private collection. The new owner will receive a fully official dealer serviced car. A great investment on one of the most iconic modern time Ferrari’s in still affordable (but soon increasing) values.

To find out more or to book a test drive please contact the Veloce Classic & Sports Cars team.

At the 2007 Frankfurt Motor Show, legendary Formula 1 champion Michael Schumacher helped unveil a new Ferrari competition-bred track star, the 430 Scuderia. Supplanting the prior 360 Challenge Stradale, the new F430-based car was intended as a road-legal version of the race car competing in Ferrari’s single-make Challenge series. It improved on the F430 with significant lightening of components, faster-shifting transmission programming, and a new traction control system.

Interested about our Ferrari 430 Scuderia? use the form below and we will get in touch