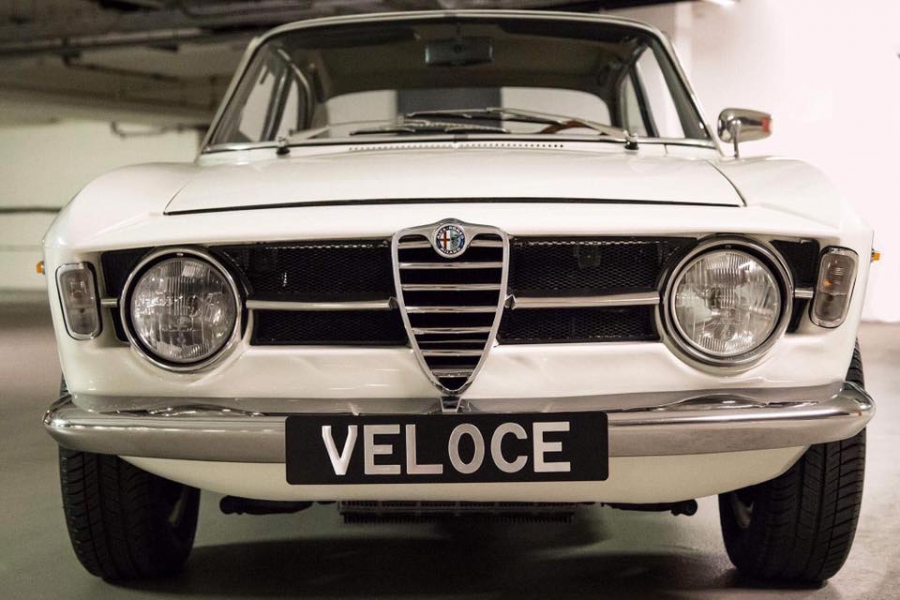 The first of Alfa Romeo's much-loved, Bertone-styled Coupes – the 1.6-liter Giulia Sprint GT – was launched in 1963. Mechanically, the stylish new 2+2 was much the same as the Giulia TI Sports Saloon, featuring a five-speed manual gearbox, independent front suspension, coil-spring live rear axle and disc brakes all around. A 1300 model, the GT Junior, arrived in 1966, and the range was further extended the following year by the launch of the 1750 GTV, which was powered by a 1,799cc, 118bhp version of Alfa's classic twin-cam four housed in a four-headlamp version of the existing bodyshell and running on 14" (down from 15") wheels. Driver's cars par excellence in true Alfa Romeo tradition, Bertone's timelessly elegant Giulia-based coupes are among the most exciting sports models of the '60s and '70s and today all versions are highly sought after.

Today we offer you the chance to purchase on of the best cars in the European market.

This mathinc numbers car was delivered new in 1970 to Switzerland where it spent most of its life. It was part of a wealthy family collection that took care of the car and kept it in dry storage. In early 2000 the car was sold to a private collector in Greece. It paid its EEC taxes and was officially imported as a normal car and also aquiered a historic vehicle registration. Prior to this the car had a light restoration in Switzerland ?? but as it was a good an original car it was preserved to the highest level.

The car then was sold to its third owner who kept the car for about 10 years. During this ownership the car had a major engine overhaul and a recent service was carried out which includes a full brakes overhaul and other necessary things that needed attention.

The paint is bright and it looks like new and the interior is impressively preserved original with a lovely patina. In addition, a GTA steering wheel is fitted.

Interested about our Alfa Romeo GT1300 Junior Scalino? use the form below and we will get in touch