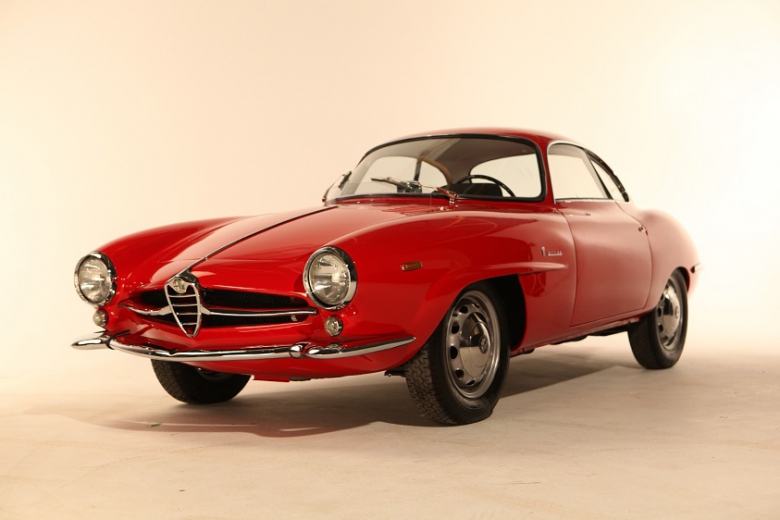 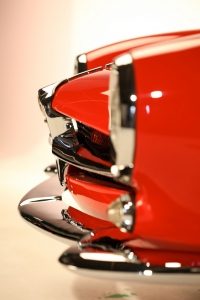 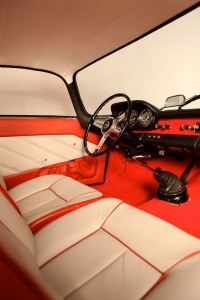 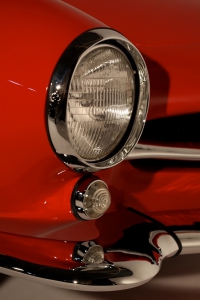 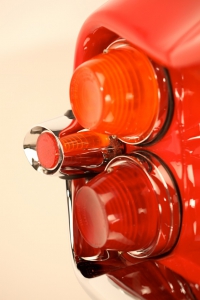 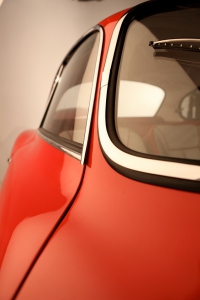 The Alfa Romeo Sprint Speciale has its roots to the Alfa Romeo Giulietta Coupe 101 series. Alfa Romeo collaborated with Bertone to produce a series of Berlinetta Aerodinamica Technica (or Technical Aerodynamic Berlinetta) studies, based on the Giulietta, that produced three concept cars: the BAT 5, 7, and 9. Amazingly, the BAT 7 had a coefficient of drag of only 0.19!

More than likely inspired by (and the result of) this partnership, the Bertone-designed Giulietta Sprint Speciale appeared in 1957. This rocket-like interpretation of the Giulietta Sprint Coupe was penned by Mr. Franco Scaglione and achieved a record (for a production car) .28 coefficient of drag, not bested for over twenty years. It was capable of 125 mph and about 2800 Sprint Speciales were ever produced, including about 100 'low nose' Giuliettas. In 1963, disc brakes were fitted and the engine grew from a 1300cc to a 1600cc and this allowed the car to gain the missing performance from the smaller 1300 engine. It was also accompanied a name change from Giulietta to Giulia (the ‘grown-up’ Giulietta). Some small interior changes were made also but the exterior remained unchanged, save for the name badges.

The result was a brilliant aerodynamic shape (record that was beaten more than 20 years later) combined with a 1570cc twin overhead camshaft with dual weber carburetors producing 112bhp and transmitted via a five speed manual gearbox.

The example presented today is a European car which had one owner for more than 40 years. Before it was sold to the current vendor in 2012 the car has always been in dry storage and was never driven in rain. When the car was purchased it still retained most of its original parts from new including the matching engine and gearbox, and was sprayed in a two tone silver and light blue metallic color.

The current vendor decided to completely restore the car soon after the purchase. This included a frame off nut and bolt restoration that was completed in October 2014 with a total cost of more than 70.000euros. The car is now completely restored with only test mileage since its restoration that included a complete engine/ gearbox overhaul. The parts that could be repaired were professionally restored like the radiator the drum brakes the chromes that were professionally re-chromed and the rest of the parts were sources by NOS parts like the clock dials and other bits and pieces. The car received a complete respray in period

Alfa Romeo Dark Red and was combined with a brand new Napa leather interior in red/grey updating the vinyl seats. All carpets and the headlining were replaced with new ones, the exsaust system was replaced with a complete new one made from stainless steel. A full photo set of the restoration is present with the car including the invoices of the work.

The result is a car in breathtaking condition with a fresh restoration that makes this Giulia Sprint Speciale possibly one of the best in the world today.

Awaiting for its new proud owner this brilliant car will become a great investment to any collector and Alfa Romeo enthusiast as the value of these rare examples is increasing rapidly.

Please contact us for further details and a full image set.

his rare car will be available at the Coys December "TRUE GREATS" Auction.

Interested about our Alfa Romeo Giulia Sprint Speciale 1600? use the form below and we will get in touch