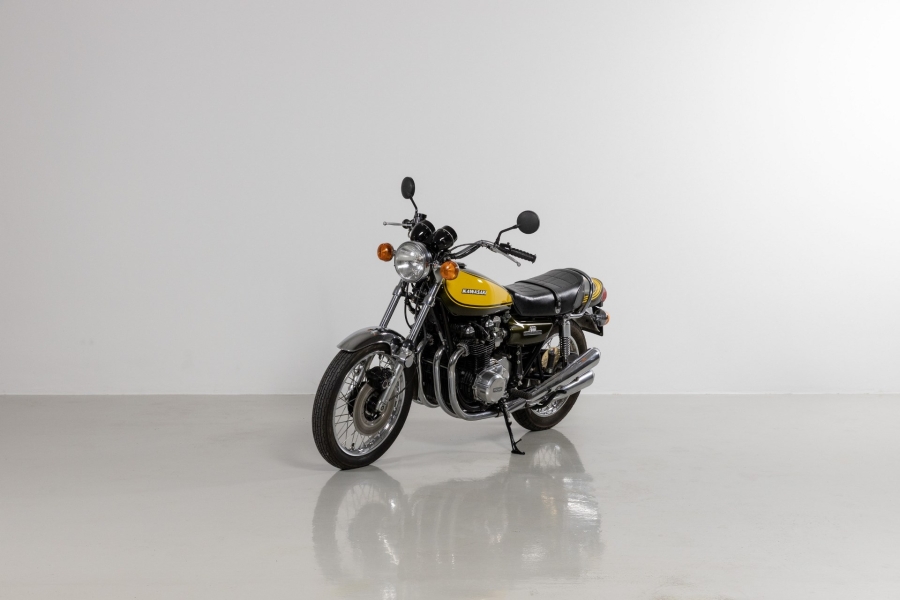 HISTORY:
When it was released in 1972 the Kawasaki Z1 was the most powerful Japanese 4-cylinder, 4-stroke motorcycle ever offered for sale to the general public.
It was also the first time an affordable 4-cylinder motorcycle had been offered for sale with double overhead cams.
The Italians over at MV Agusta had been doing DOHC 4-cylinder motorcycles for years by this time of course, but their motorcycles cost over twice as much as the Japanese Z1 and were produced in far lower numbers as a result.
With a swept capacity of 903cc and 81 hp available at 8,500 rpm, the Z1 was a revelation.
The brakes and handling of the model were what you would expect by the standards of the era, and Z1 owners quickly learned a new skill set to best manage this new motorcycle with a top speed of over 130 mph in the right hands.


ABOUT THE MOTORCYCLE:
Born in 1973 and sold new in Italy this Kawasaki K1 900 has always been looked after by its two previous owners and kept in concours condition.
A Gold ASI certificate was issued as a result in order to celebrate the bikes originality and its condition which is concours.

F1 legend Niki Lauda was driving one of these in the same colour combination.

Interested about our Kawasaki K1 900? use the form below and we will get in touch