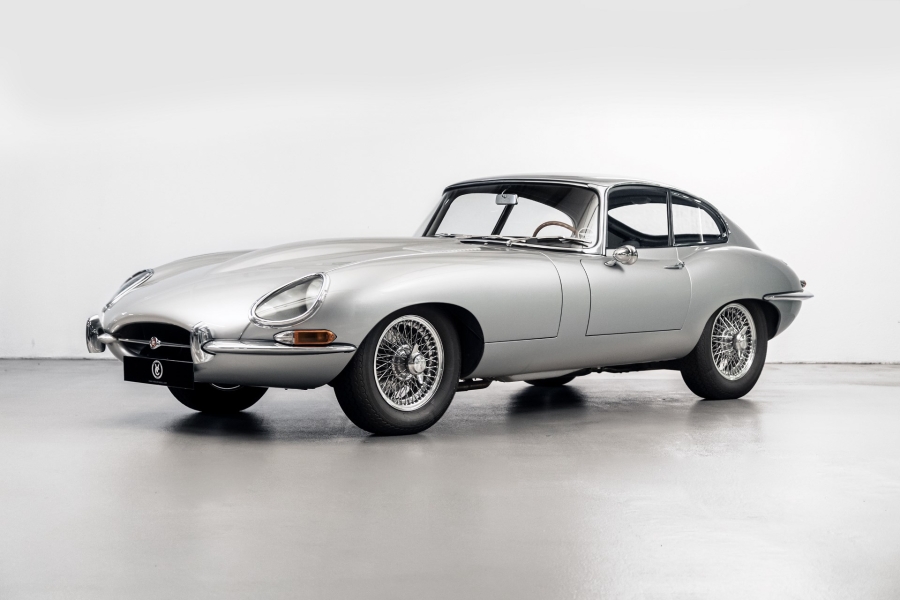 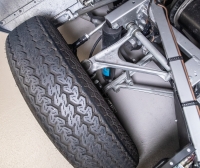 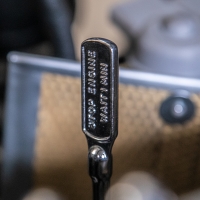 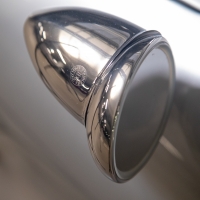 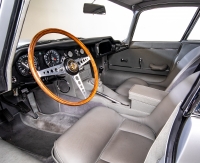 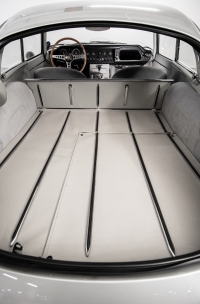 On its 1961 Geneva Show debut the E-Type caused a sensation, with all the promise of its looks confirmed by independent road test results that not only recorded a 150mph top speed,
but also 0-60mph and 0-l00mph in 6.9 and 16.2 seconds respectively.
Fast indeed, and the match of any exotic thoroughbred then available, combined with superb road-holding and remarkable docility.
One of the greatest post-war sports cars, Jaguar’s E-Type made immediate headlines on its launch in March 1961.
Here was a sleek and beautiful 150mph car with a competition pedigree that could be bought for just over £2,000 almost half the cost of an Aston Martin or Ferrari.
A direct descendant of the XK120 and competition C and D-Type models that so dominated fifties sports car racing, the E-Type shared its 265bhp 3.8 litre twin-cam straight-six engine with the XK150 ‘S’,
mated to a Moss four-speed gearbox with synchromesh on the top three ratios.
Beneath the William Lyons/Malcolm Sayer-styled body, available in either closed or roadster form, the steel monocoque chassis sported
all-independent suspension and four-wheel disc brakes, mounted inboard at the back.
On its release on 15 March 1961 Enzo Ferrari called it "the most beautiful car ever made”.

OUR CAR:
The car we offer is an original LHD 1963 3.8 car.
This matching numbers car still retains its original Moss gearbox and has been subject to a nut and bolt restoration by a Jaguar specialist in Italy in 2015 and arrived in the UK in 2016
with one owner since and only a bit more than 1000 miles.
The car was maintained during that time with invoices proving its recent history and has seen a recent service in February 2020 worth of £5000 in order to make sure it stays in perfect condition.
It is painted in a lovely colour combination of silver with grey leather interior.
UK registered and ready for its new home this is one of the best e-type coupe cars out there.

Interested about our Jaguar E-Type? use the form below and we will get in touch

More in this category: « Porsche 928 GTS