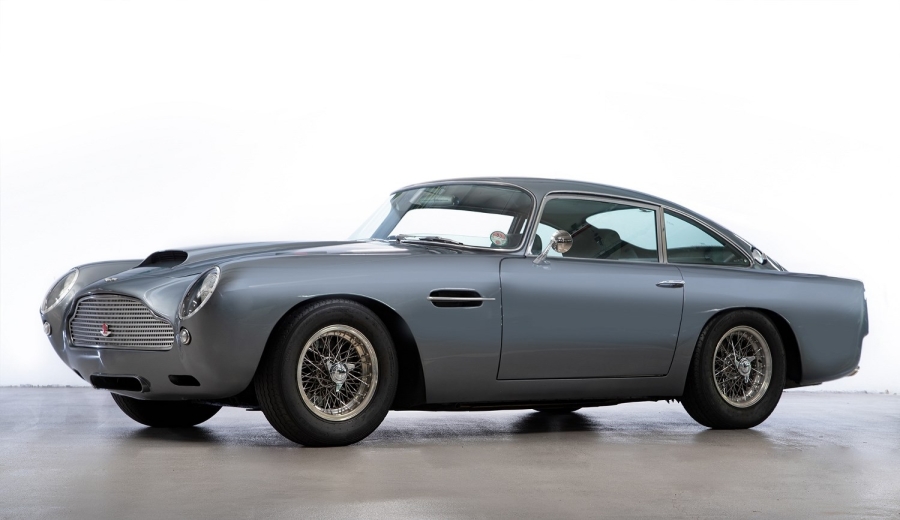 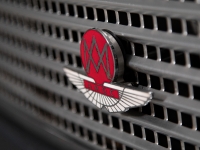 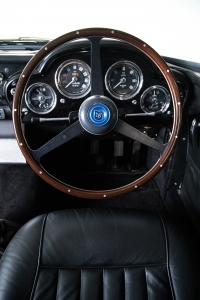 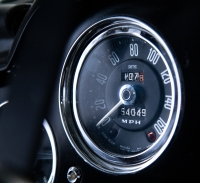 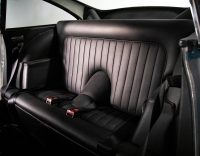 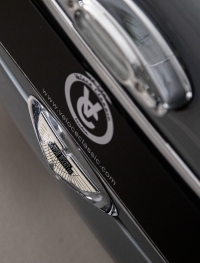 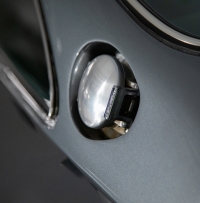 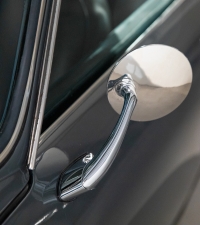 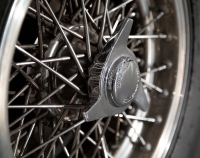 And what a car that is, the Aston Martin DB4 is one of the most beautiful cars in the automotive history.

It combines elegance, performance, racing pedigree with the ultimate car the DB4 GT on top of the list.

What our car combines here is the elegance of a usable DB4 with all the upgrades of a DB4 GT both in style and performance.

Cosmetically the car adopts the faired-in headlamps with Perspex covers, which was a popular feature that was soon adopted for the DB4 Vantage,
but the bumper overriders were deleted Twin competition-style, quick-release Monza fuel fillers with the headlights of the DB4/GT, the absence of front and rear bumper,
a sports exhaust (which also improves performance and produces a breathtaking sound), both side “quick release” fuel caps on both rear pillars,
wider Borrani 42 wire wheels ere added atop each of the rear wings, and a Harvey Bailey Suspension kit which gives a sporty lowered look to the car but also improves its performance.

Mechanically the car is a masterpiece, a five speed Getrag gearbox combined with a rear axle ratio of 3.06:1 and .3.54:1.

A massive upgrade was done to the matching numbers engine which was improved to vantage spec.

The car has an impressive and extensive file with history that confirms the cars high quality and shows clearly how much loved it was from its previous owners.

This DB4 Series II is possibly the closest you can get to a DB4 GT without paying the extreme amounts required for one.

The DB4 GT The 1959 year was a happy one in Newport Pagnell.

Aston Martin also took the World Sportscar Championship title, and they were the smallest manufacturer to ever do so, before or since.

One of the first cars away at the 24-hour race that year was also an Aston Martin that was painted the same light green as the victorious DBR1s. It was a prototype for a competition-oriented version of the company’s newly introduced grand tourer, the DB4.

In September 1959, the production version of that car, dubbed the DB4GT, debuted at the London Motor Show.

It had been developed from the production DB4 for increased performance, and it was shorter, lighter, and more powerful.

The bodywork was of incredibly thin 18-gauge aluminum alloy, the wheelbase was reduced by approximately five inches, and the rear seats were deleted on all but three special-ordered cars, all in order to reduce its weight by some 200 pounds.

The engine was extensively modified, with a higher 9:1 compression, a twin-plug dual-ignition cylinder head, and triple dual-throat Weber 45 DCOE carburetors, and it could produce an outstanding 302 brake horsepower at 6,000 rpm.

This was a useful increase from the claimed 240 brake horsepower of the standard DB4, and it qualified the DB4GT as the most powerful British automobile of its era.

This was also one of the first cars that could go from standstill to 100 mph and then brake to a dead stop in under 20 seconds, which was a tribute, in part, to its uprated Girling braking system, which was used on Aston Martin’s competition sports racers of the era.

The DB4 Series II Of all the post-war Aston Martins, the gracefully sleek DB4 is most admired for its robust British engineering combined with the elegant Italian lines in perfect proportion.

The specification included a new and strong steel platform chassis engineered by Harold Beech, who had recently taken over as Aston Martin’s chief engineer. In production form, this rigid frame underpinned a sleek, virtually unadorned fastback body designed by Carrozzeria Touring of Milan, utilizing their vaunted Superleggera construction, which features a skeleton of small-diameter steel tubing covered by hand-formed aluminum alloy body panels. The coachwork was constructed by Aston Martin under license from Touring.

Four-wheel disc brakes and rack-and-pinion steering were specified for the first time; both items were advanced for their day and offered conspicuously ahead of adoption by Ferrari.

The most exciting development, however, was the innovative alloy twin-cam 3.7-liter straight-six engine created by Tadek Marek and further developed for use in the DBR2.
With twin SU carburetors, it was rated at 240 brake horsepower and produced the prodigious torque for which these DB series Astons have become famous.